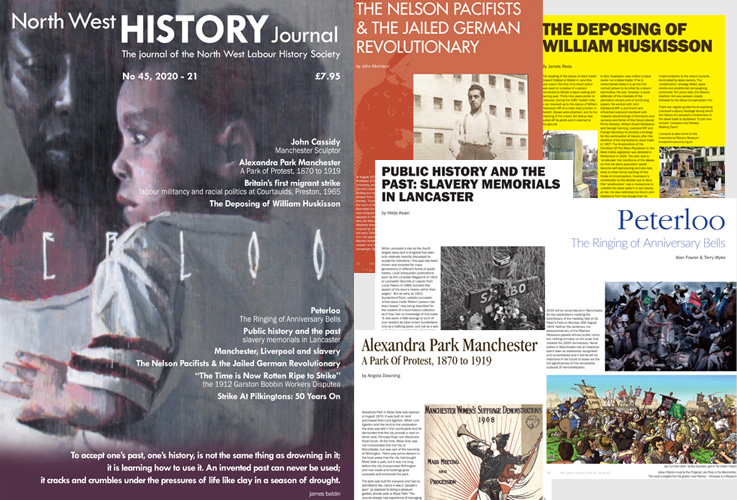 This journal could not have come together without modern technology. A dedicated, determined band of volunteers, some with years of valued experience and knowledge, others still finding their way, have word processed, emailed and zoomed as this extraordinary summer rolls into autumn and an uncertain winter. Of course, we’ve been using email for ever and Zoom is fine for the formal meeting but we’re missing brewing up from the same kettle and the chat before and after the written agenda. We are all missing our social interactions but, if combined with job, housing and financial insecurity, the effect on the physical and mental well being of too many people is devastating.

The Zoom demo or rally can be inspiring - with more chance of hearing the speakers - but nothing matches standing shoulder to shoulder with comrades in a cause. The people whose stories are told in this issue surely understood the power of joining together, of solidarity. They come together as trade unionists, in the accounts of three very different strikes or as campaigners challenging rules on meeting in public spaces to march together. Their attitude may be summed up as “Get together and get things done”, the title of one of the exhibitions highlighted in Terry Wyke and Alan Fowler’s record of exhibitions and events marking the bicentenary of Peterloo.

The rolling of the statue of Edward Colston into Bristol harbour during a Black Lives Matters march has given an unexpected currency to our article on sculptor John Cassidy, written last year to examine his life and work in our region. In 1895, certain business leaders, seeking to enhance the streets of Bristol, commissioned Cassidy to design a statue of Edward Colston, considered one of the most virtuous and wise of the sons of their city, a successful entrepreneur and philanthropist. It did not serve their purposes to acknowledge that Colston had made his vast fortune as a director of a company that transported 84,000 enslaved African men, women and children across the Atlantic to lives of brutality. For Cassidy, the statue was another job, for the BLM protestors and many other Bristolians, it was a hated symbol of oppression, its removal long overdue and for all of us, it must be part of a honest examination of Britain’s colonial past and present inequalities.

The review of Peterloo celebrations is presented as a record for future historians. Although the exhibitions are packed away, physical memorials remain. The stepped memorial designed by Jeremy Deller, still awaits its adaptations to make it accessible to all. Our cover features the thought provoking mural by Axel Void, commissioned by asking the questions, “If Peterloo was today, what would people march for and what would they look like?” A young Mancunian woman tenderly holds her two year child reminding us that the first person to be killed at Peterloo was the two year William Fildes, thrown from his mother’s arms as they were trampled by rampaging yeomanry. Lydia and her family are campaigners against the Hostile Environment legislation which has led to thousands of Commonwealth citizens being unjustly victimised, the Windrush scandal. She is one person but perhaps she’s all of us, confronting inequality and demanding justice.

I am grateful to all concerned in the production of this journal- the Editorial Board, designer Mike Carter, contributors, reviewers and advertisers. I hope you, our readers, will find your interest piqued by our varied content and perhaps, feel inspired to write your own piece of history. We are always open to ideas for articles.

Two of the longest serving members of the society, Pat Bowker and Eddie Little, are stepping back from committee duties. A full appreciation will follow but for now, I’ll say thank you to them for exceptional dedication to the society and the guidance they have given me. 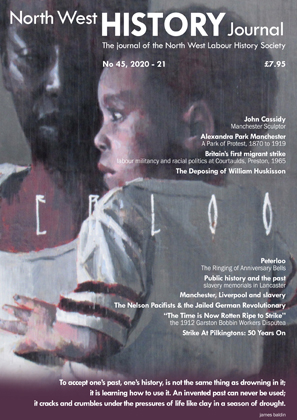 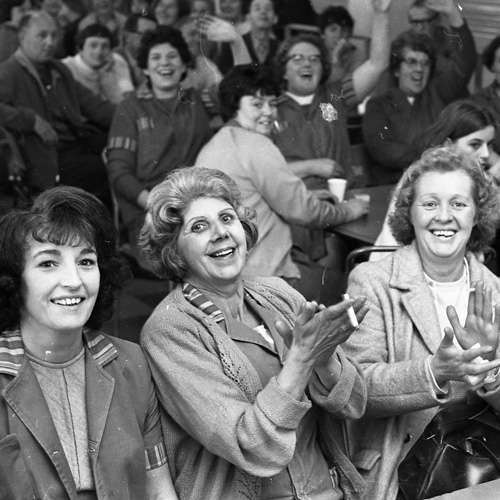 Strike At Pilkingtons: 50 Years On

2020 marks the fiftieth anniversary of the 1970 Pilkington strike, the largest at the St. Helens-based company since the nineteenth century. In Pilkington’s official history, T.C. Barker glosses over the strike in a couple of paragraphs.1 However, lasting seven weeks and costing £5m, it resulted in major changes to wages and negotiating structures, and underlined the increasing unsuitability of the company’s paternalist, family-centred model. Thanks to sociologists Tony Lane and Kenneth Roberts, an insightful account of the strike and a wealth of archival material survive, much held in St. Helens Local History and Archives, (SHLHA) the Working Class Movement Library in Salford and Warwick University’s Modern Records Centre. 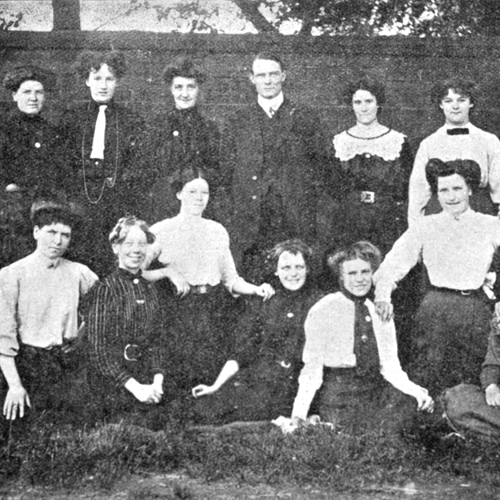 “The Time is Now Rotten Ripe to Strike”: the 1912 Garston Bobbin Workers Dispute

On the night of the Tuesday 13 August 1912, an industrial dispute at the Garston Bobbin works boiled over into a night of anger and violence. Wilson Brothers employed about 1100 shop floor workers at their Bobbin factory in Garston. Many were women. The work was dull and repetitive. The works was noisy, dusty and cold in winter. The hours were long and the pay low. The company said it did not want ‘outsiders’ interfering with the way it ran its business. So, it refused to recognise the workers’ unions. The result - workers stopped work and walked out. 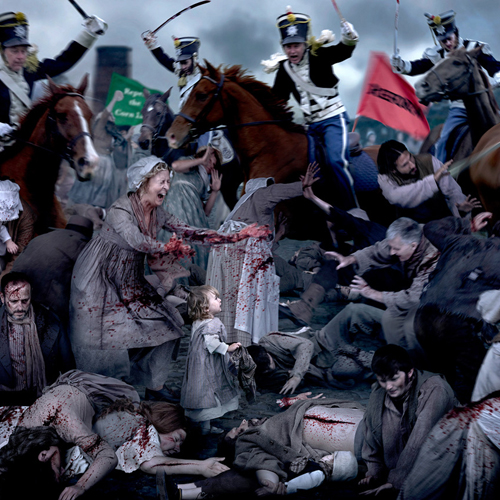 Peterloo: The Ringing of Anniversary Bells

2019 will be remembered in Manchester for the celebrations marking the bicentenary of the meeting held on St Peter’s Field on Monday 16th August 1819. Neither the centenary nor sesquicentenary of the Peterloo Massacre passed without public notice but nothing remotely on the scale that marked the 200th anniversary. Never before in Manchester has an historical event been so extensively recognised and remembered and it will be left for historians in the future to tease out the full significances of this remarkable outburst of memorialisation. 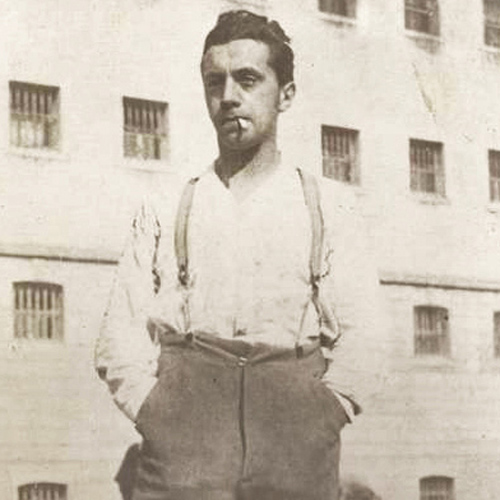 In August 1979, Nicholas Furness, Professor of German at Edinburgh University, wrote to the Manchester Central Library, requesting assistance in finding out more about a Lancashire weaver from the 1920s, one Martha Hartley. Furness had been researching the work of the German left-wing dramatist Ernst Toller (1893-1939) and was intrigued by the dedication which appears in the foreword of Toller’s 1922 play Die Maschinenstürmer, (The Machine Wreckers). Toller’s work was inspired by the Nottingham Luddites of the early 19th century and he dedicated it to ‘his special English comrades’: Martha Hartley, ‘the sisterly Lancashire weaver’ and Wilfred Wellock, ‘the companion fighter’. 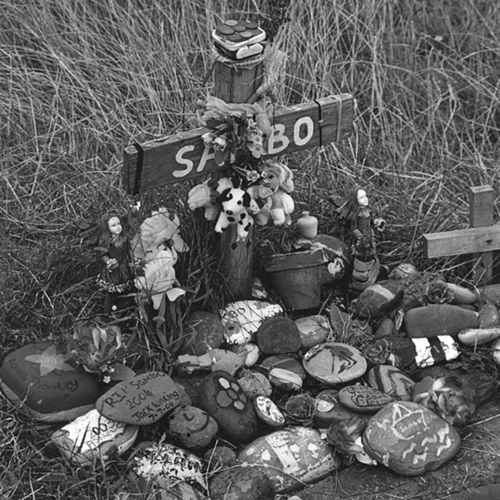 Public history and the past: slavery memorials in Lancaster

While Lancaster’s role as the fourth largest slave port in England has been only relatively recently discussed by academic historians,1 this past has been known and revisited for many generations in different forms of public history. Local antiquarian publications such as the Lonsdale Magazine of 1822 or Lancaster Records or Leaves from Local History of 1869 included this aspect of the town’s history within their pages. But as early as 1822, Sunderland Point, outside Lancaster, where slave trader Robert Lawson had been based, was being described for the readers of a local history collection as if they had no knowledge of this trade: ‘It was seem a little strange to such of your readers as have known Sunderland only as a bathing place, and not as a sea port, that a vessel from the West Indies should arrive there…’ 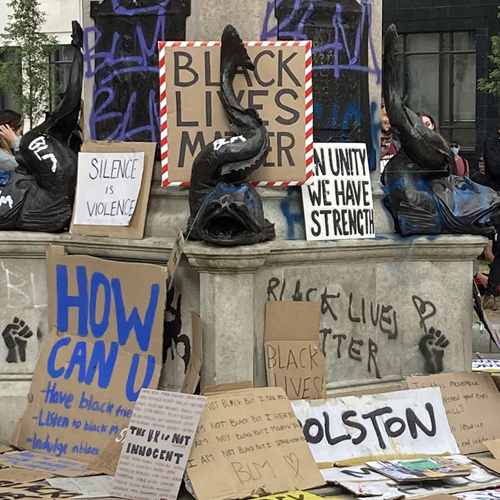 The Deposing of William Huskisson

The toppling of the statue of slave trader Edward Colston in Bristol in June this year wasn’t the first time direct action was used on a statue of a person connected to Britain’s slave trading and owning past. Thirty-nine years earlier in Liverpool, during the 1981 Toxteth riots, a car reversed up to the statue of William Huskisson MP at a main road junction in Toxteth. Ropes were attached, and to the cheering of the crowd, the statue was pulled off its plinth and it crashed to the ground. 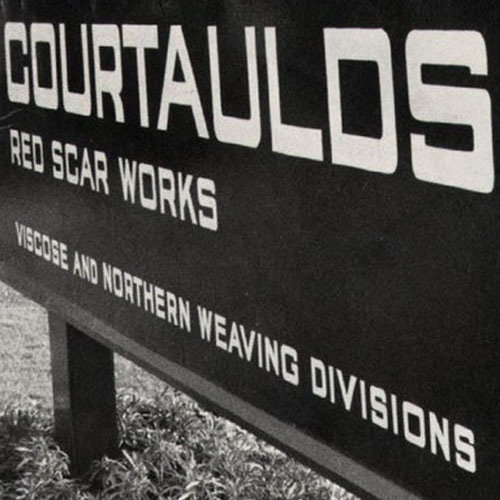 After opening in 1939, Courtaulds became one of Preston’s largest textile mills. Based at Red Scar in Ribbleton, north-east Preston, Courtaulds was the first company in the world to create commercial viscose in 1905. The firm imported Scandinavian wood pulp to Preston, before transporting it to the Ribbleton works, where the pulp was converted to liquid viscose and, subsequently, artificial silk. 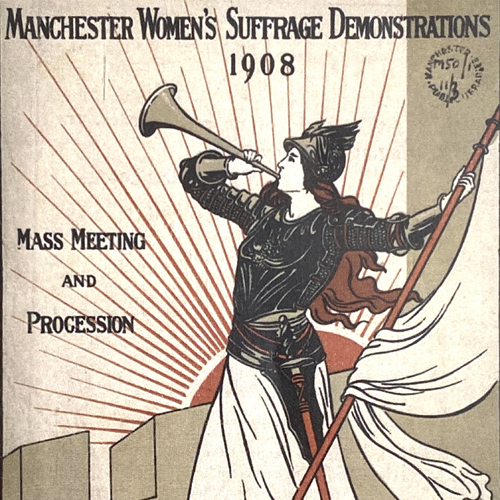 Alexandra Park in Moss Side was opened in August 1870. It was built on land purchased from Lord Egerton. When Lord Egerton sold the land to the corporation the area was still in the countryside and he demanded that the city provide a road on either side, Princess Road and Alexandra Road South. At the time, Moss Side was not incorporated into the City of Manchester, but was part of the township of Withington. There was some derision in the local press that the city had bought Moss Side a park, but it was not long before the city incorporated Withington and new roads and buildings grew outwards and embraced the park. 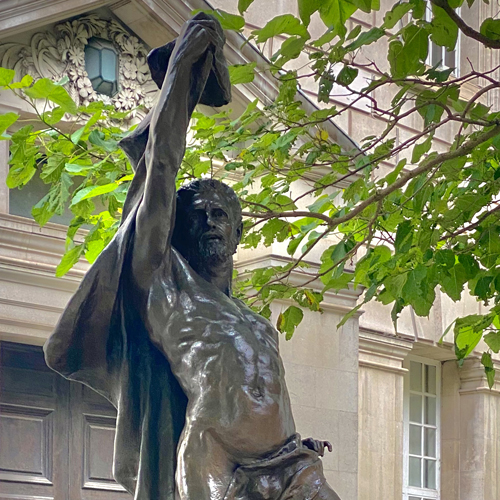 The name of John Cassidy is not well known to the general public of the North West, or indeed in the art world, but in the decades around 1900 he was the sculptor of choice for citizens of the area wishing to commemorate family members or colleagues with a statue, a bust or a portrait plaque. Perhaps the best-known of his works is the large bronze group ‘Adrift’ which stands, at the time of writing, in Manchester adjacent to the Central Library.

John Cassidy: Manchester Sculptor by Charles Hulme
Alexandra Park Manchester: A Park Of Protest, 1870 to 1919 by Angela Downing
Britain’s first migrant strike: labour militancy and racial politics at Courtaulds, Preston by Jack Hepworth
The Deposing of William Huskisson by James Rees
Public history and the past: slavery memorials in Lancaster by Hilda Kean
Manchester, Liverpool and slavery by Marika Sherwood
The Nelson Pacifists & the Jailed German Revolutionary by John Morrison
Peterloo: The Ringing of Anniversary Bells by Alan Fowler & Terry Wyke
“The Time is Now Rotten Ripe to Strike” the 1912 Garston Bobbin Workers Dispute by James Rees
Strike At Pilkingtons: 50 Years On by Pierre Botcherby